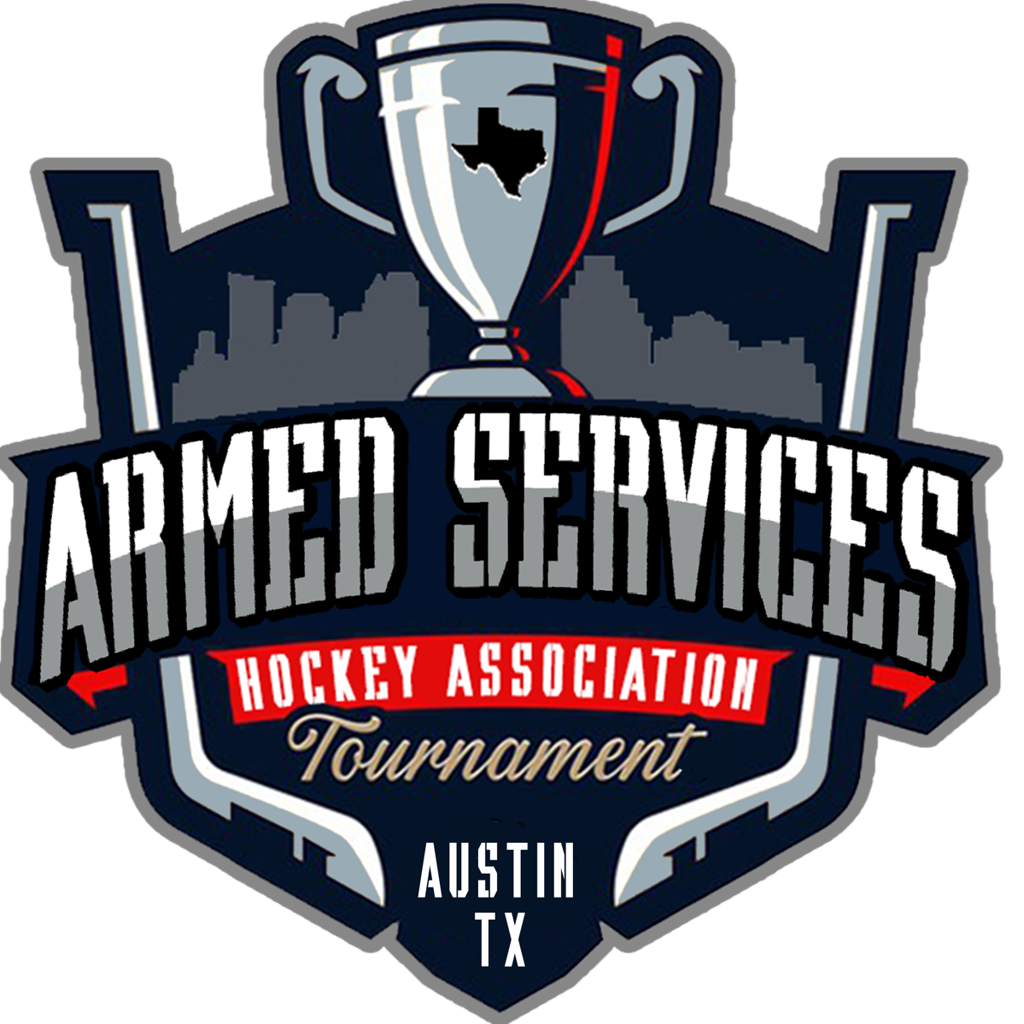 The annual Armed Services Hockey Association tournament in Las Vegas is the largest open invitation international military ice hockey tournament in the world.  2021 marks the 18th anniversary (counting a year off due to COVID) of the tournament, which has grown from 6 teams to 42 teams and nearly 600 players in a few short years.  ASHA is 501c3 IRS approved public charity, registered as an international amateur sports association.

TEAM REGISTRATION FOR THIS TOURNAMENT IS CLOSED

Individual registration is open for players without a team.

Deposits and final payments can be paid at any time -

Individually registered players (those without a team) will coordinate with their assigned team for payment.

4 playoff divisions from those initial pools for next 2 games

4 games guaranteed to all teams

Each team is guaranteed 4 games. Teams that reach their division's championship will play in a 5th game.  Teams register for one of five divisions and are placed into one of six pools, based on their registration level combined with the average level of their registered players.  After 2 games of pool play, teams are distributed among seven divisions, based on power rankings (win/loss, head-to-head, goals for, etc).  The top two teams in each division after two more games move on to the championship for that division.